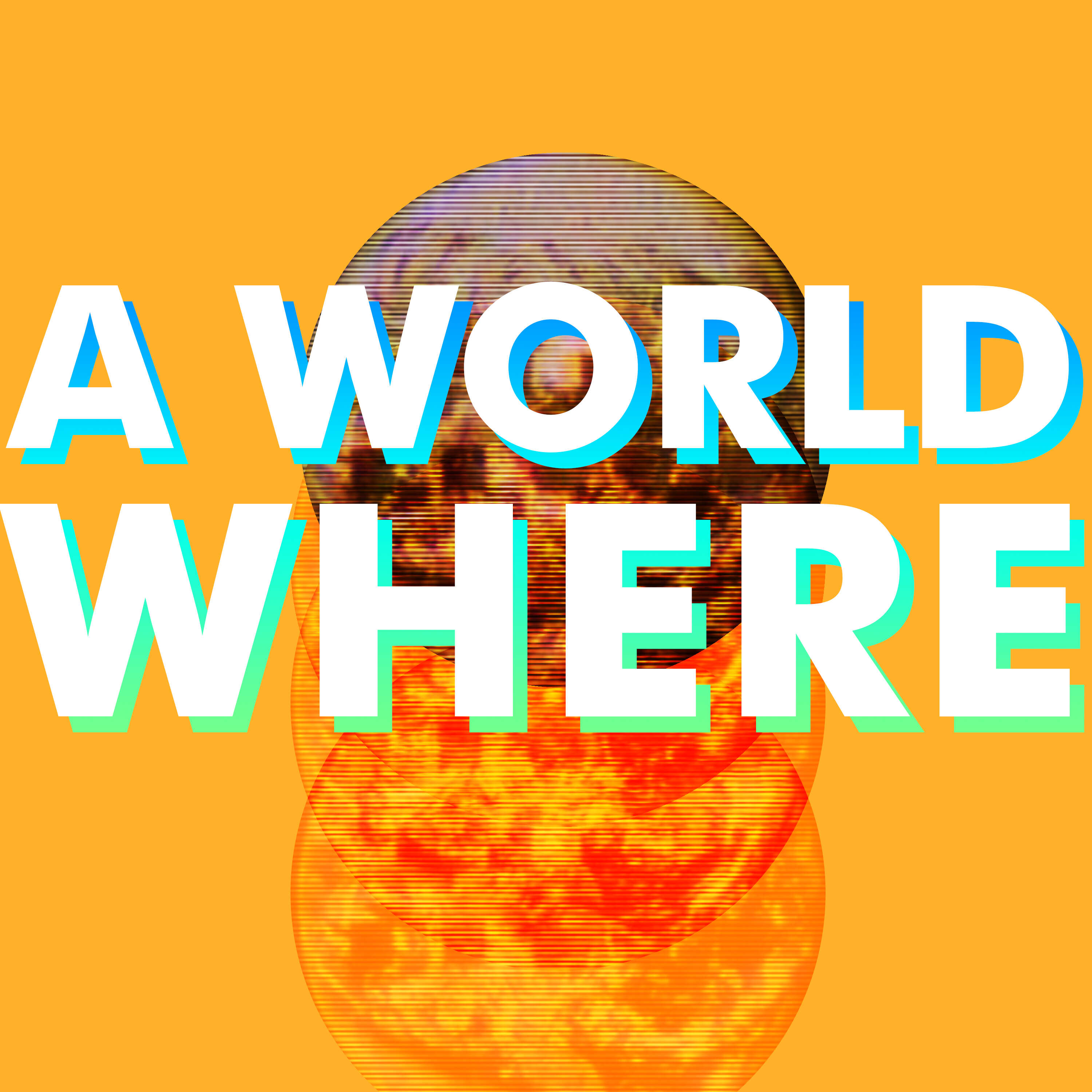 madrealies.com // You are waiting for a train. It will depart in 15 minutes. The train was scheduled to arrive at your destination at 3:45pm. The train goes 50 miles an hour. The train is running a half hour late. Your destination is 200 miles away. What time is it?Support the show (http://aworldwhere.bandcamp.com)

A Change of Plans, or: a Call for Screams

New episodes of RADIO FREE QUARANTINE every Friday until May 29th. Send a recording of yourself screaming to aworldwherepodcast@gmail.com, and include whatever name you'd like to be credited as in the email. Thanks for listening, and stay safe.

Day 376. / IG: @madrealies / madrealies.com / CORRECTIONS: Got a few of my dates messed up towards the end - The S.S.S. announced the likelihood of the doctors' draft in March 2003, not May, and De Blasio came out in favor of it on April 2nd, 2020, not in March. These have been noted (with links to the original sources of the facts) in the annotated script, which can be found at aworldwhere.com/rfquarantineSupport the show (http://aworldwhere.bandcamp.com)

Hope everyone's okay.&nbsp;Sorry for the couple of audio crackles. I didn't have the energy to fix them. You get it.A WORLD WHERE: PATHOGEN, a miniseries by Ani RiderBeginning right now and ending whenever she's out of quarantineEpisode #7.2: "Rent," coming Tuesday, March 31After that, the release schedule is: who the fuck knows.

Our New Podcast: The Mueller Report

Subscribe on Apple Podcasts&nbsp;&nbsp;A Radio Dramatization&nbsp;by Ani and HK Rider&nbsp;starring Thomas Hedlund as Special Counsel Robert S. Mueller III&nbsp;&nbsp;Two weeks ago, Robert Mueller’s report on Russian interference in the 2016 election was released to the public. Today, we’re launching a dramatization of that report, in which Mueller himself served as narrator. With contempt for his audience and loathing for his subjects, Mueller weaves truth, lies, and speculations into a story that blurs the line between fact and fiction. To quote a member of Trump’s own administration, “It’s some crazy s**t.” Listen now on Apple Podcasts, Spotify, Google Play, and more.&nbsp;muellerpodcast.com&nbsp;@muellerpodcast&nbsp;Support the show (http://aworldwhere.bandcamp.com)